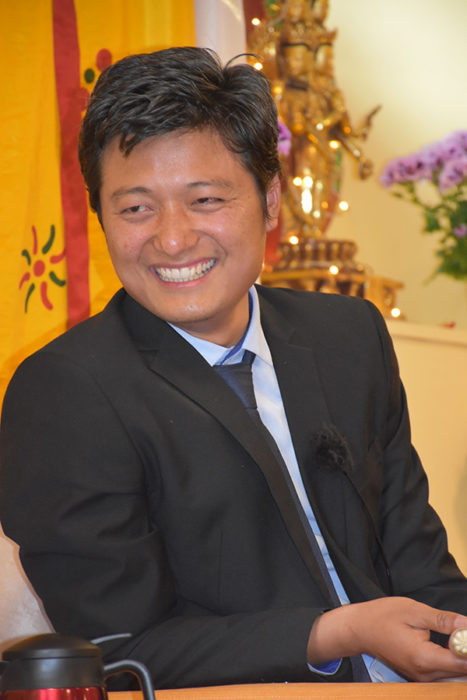 Born in South India in 1985, was recognized by H.H. Sakya Trizin as the 6th Raktrul Rinpoche at the age of 17. His eleven years of training in Buddhist philosophy, practice
and concluded the debate with the title of Acharya at the Dzongsar Khyentse Chokyi Lodro Institute.

There and in other schools, he then taught for a year and led retreats for monks. He received teachings, transmissions and initiations from some of the greatest masters of our time, such as H.H. Dalai Lama, H.H. Sakya Trizin, Khenchen Kunga Wangchuk, Dzongsar Jamyang Khyentse Rinpoche, Jigdral Dagchen Rinpoche, Luding Khenchen Rinpoche and many others. Rinpoche is a translator in the 84000 project. He is a lay practitioner with family. Do Tulku Rinpoche is appreciated for his learned, interactive and often unconventional and humorous way of teaching Buddhist teachings.