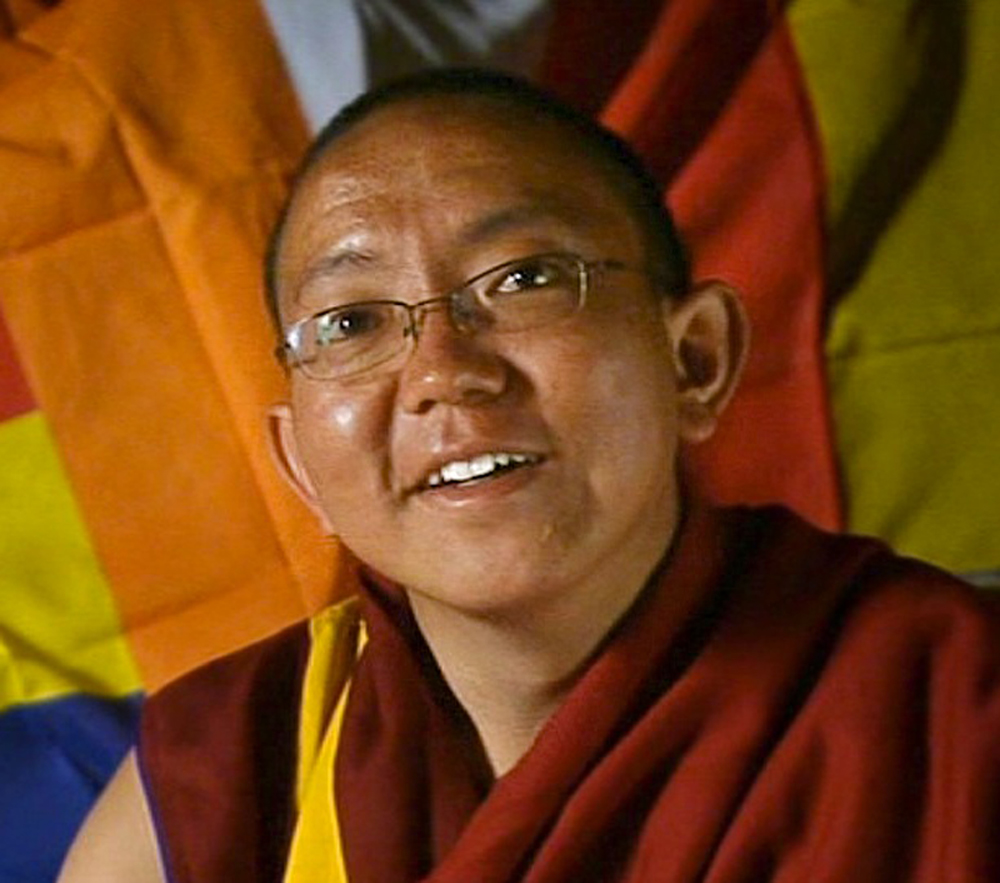 Dolpo Tulku, also called Tulku Sherap Zangpo, was born in 1982 into a Lama family in Dho Tarap, Dolpo. In 1991 at the age of 9 he became a monk in the Kanying Shedrub Ling Monastery, Nepal. There Dilgo Khyentse Rinpoche recognized him as the reincarnation of the third Dolpo Nyingchung Rinpoche Drubthob and Tulku was sent to Namdroling Monastery in southern India to receive his monastic training.

In 1997, at the age of 15, he began his higher Buddhist studies at the Nyingma Ngagyur Institute, the highly respected monastic university of Namdroling Monastery. There he studied, debated and researched all the Sutra and Tantra teachings of Buddha for ten years under the guidance of more than 40 teachers and masters, including His Holiness Penor Rinpoche. He also studied Tibetan poetry, literature, history and Buddhist history. He was always one of the first in the tests. Because of his great scholarship and experience, he was appointed junior teacher in his eighth year of study and a member of the Rigzod Editorial Committee, which is responsible for all publications of the monastery.

Penor Rinpoche taught him the exercises of the Namchö cycle, which combines the exercises of Dzogchen and Mahamudra. Tulku now passes these exercises on according to the abilities of his students.
He completed his higher Buddhist studies in 2007 and became a teacher at the Ngagyur Nyingma Institute. Since then he has received the status of a university professor.

In 2008, for the first time in 17 years, he travels to his native Dolpo to visit his monasteries and be enshrined there. He was accompanied by a German film team who produced the award-winning documentary’Dolpo Tulku – Heimkehr in den Himalaya’. Since then he has travelled throughout Asia and Europe to teach Buddhist philosophy, give public lectures on mental training, hold seminars on stress and burn out and draw attention to the situation in his home region.

In 2007 he started charitable projects in the Dolpo together with the local population. In January 2010 the Dolpo Tulku Charitable Foundation was recognized by the Nepalese government, whose main focus is on environmental protection, health care and an effective combination of traditional and modern education.