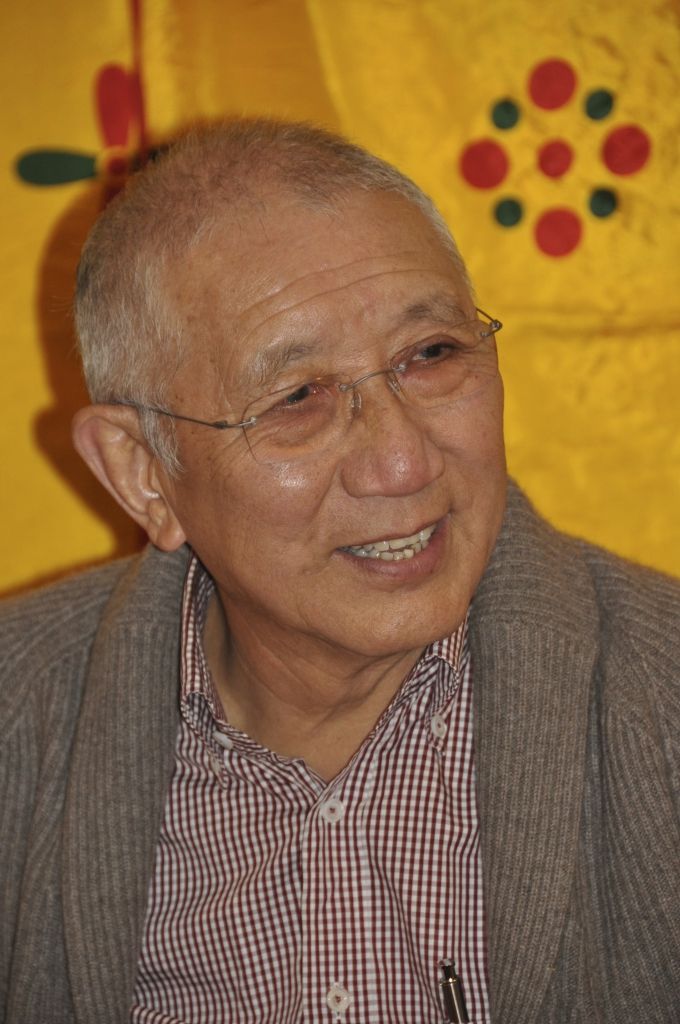 The institution of the Kyabgön “patron” of Dagyab goes back to Dragpa Gyatso (1572-1638). He was born into a family in the Dagyab region of Tibet, who were followers of the Nyingma tradition of Tibetan Buddhism. Dragpa Gyatso went to Central Tibet to study at the monastery of Ganden near Lhasa and became a well-known Gelugpa teacher and meditation master.

After completing his education, the 4th Dalai Lama Yönten Gyatso (1589-1616) asked him to return to his homeland of Dagyab to help its inhabitants in their spiritual pursuit.

Back in Dagyab, he gave many teachings and spent several years meditating in a cave that had a protruding rock (tib. dag, German rock; tib. yab, German protruding). So he later became known as Dagyab-Lama. His activities also took him to neighbouring areas, formerly known as Chayül, Kyongyül and Getshang.

He gathered a large following around him, and his disciples developed such a great devotion that they gave him all their land out of gratitude. This eventually led to the unification of these areas into a province that is now Dagyab.

He spent the rest of his life in Dagyab and as his extensive activities brought good luck and good fortune to the area, he later became known as the Kyabgön of Dagyab, the patron of Dagyab.

Since the 4th Kyabgön of Dagyab, all incarnations have also been called Hothogthu Nomonhan (Dt. of the Sublime; Tib.’ phags-pa, Skr. Arya). The Hothogthus belong to a small group of high-ranking reincarnated lamas, who were often reincarnations of Tibetan rulers.

The current 9th Dagyab Kyabgön is the only Hothogthu in the west.

The most famous of them is the great translator Loden Sherab (1059-1109) from Central Tibet.