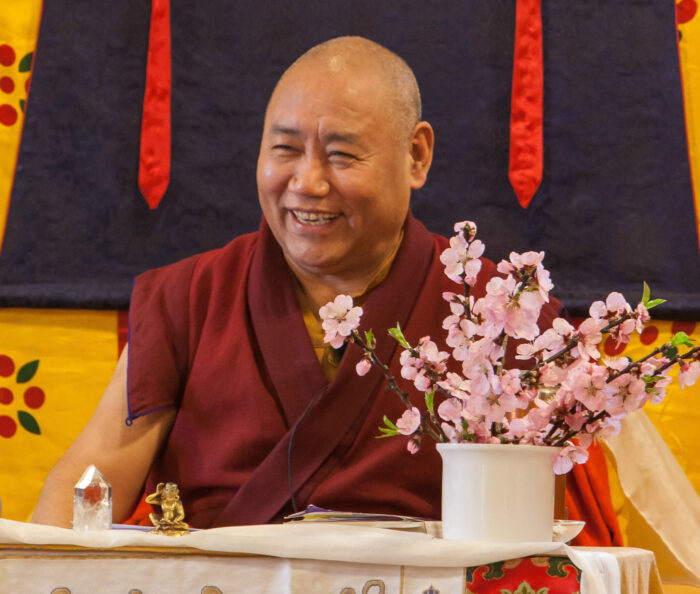 The village of Tsari and the surrounding area are among the holiest places in Tibet. There, Khenchen Konchog Gyaltshen Rinpoche was born in the spring of 1946 and spent his early years there. Due to the political situation in Tibet Khenchen Rinpoche fled in 1959 with his family to India. The family then settled in Darjeeling, where Rinpoche began his education. From an early age he was an excellent and hardworking student and he graduated faster than usual.

Around the same time, a new university, the Central Institute of Higher Tibetan Studies, was opened in Varanasi, India. Determined to be among the first students, Khenchen Rinpoche traveled to Varanasi in October 1967 to apply for admission. Then he began a nine-year study course that included both Madhyamika, Abhidharma, Vinaya, Abhisamayalankara, and Uttaratantra, as well as history, logic, and Tibetan grammar.

Khenchen Rinpoche is a wonderful author and translator who has for many years translated and profoundly commented on important Dharma texts to enable his disciples and those seriously interested in Dharma to come into contact with authentic Dharma knowledge. Rinpoche has published twelve books that he recommends to everyone. These books are all available in English and many are already in German.