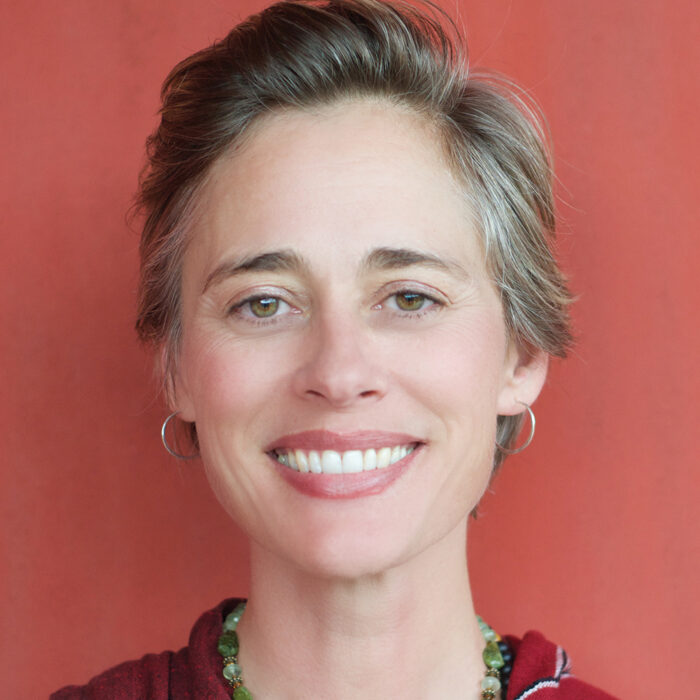 Dorje Lopön Chandra Easton, Buddhist teacher and translator, studied Buddhism and Tibetan language at the Library of Tibetan Works & Archives in Dharamsala, India, founded by H.H. Dalai Lama. She later received her degree from UCSB’s religious studies department at which time she co-translated Sublime Dharma, A Compilation of Two Texts on the Great Perfection, published by Vimala Publishing, 2012.

From the very beginning of her Buddhist studies, Lopön Chandra recognized the profound need to bring forth the voice of the sacred feminine in Buddhist theory and practice. Due to this, in 1999 during her first pregnancy, she met and then later began to study with Lama Tsultrim Allione, pioneering female Buddhist teacher, national best selling author, and founder of Tara Mandala Retreat Center.

Lopön Chandra is the Assistant Spiritual Director and Lead Authorized Teacher at Tara Mandala Retreat Center. She serves on the Tara Mandala Board of Trustees, develops programs and curricula for Tara Mandala, as well as teaches nationally and internationally. In September of 2015, during the final day of the White Dakini Drubchen, Lopön Chandra was enthroned as the Dorje Lopön (Vajra Teacher) of Tara Mandala under Lama Tsultrim Allione and given the name Lopön Yeshe Dawa Zangmo by H.E. Gochen Tulku Sang-ngag Rinpoche who presided over the ceremony with Lama Tsultrim.

Lopön Chandra is currently on the Tara Mandala Bay Area coordinating committee, through which she teaches and organizes events in the San Francisco Bay Area. She is currently living in Durango, Colorado, USA, with her family.